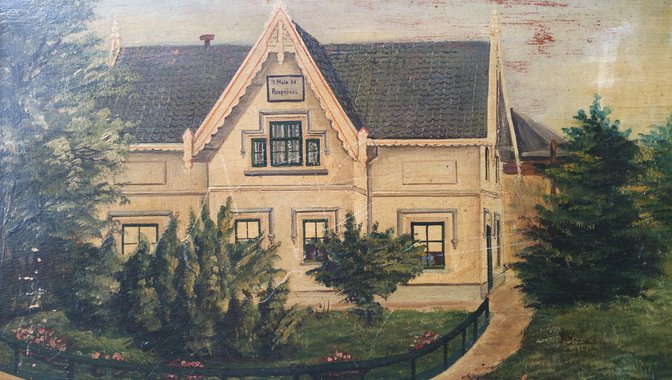 situated in the quaint Dutch Polderlandscape, in the Green Heart of Holland, between the idyllic town Oudewater and the village Haastrecht.

The "Polder" Rosendaal is situated at a quaint location right in the middle of the 'Green heart' of the Netherlands.

The history of polder Rosendaal goes back a long way, there are maps available dating back to 1659. On this map you will find the 'ambachtshuis' on the spot where now 't Huis te Rosendaal is located.

We must assume that the latter has replaced the 'ambachtshuis'. When this happened however, is not documented.

In 1760 't Huis te Rosendaal has been described as : "a homestead, a mansion with stabling, coach house, gardens and orchards. The house belonged then, according to a letter from that year, to the estate of Gerard Zandt Rotterdam.

But in 1747 was Theodorus Bisdom (Mayor of Haastrecht) already owner , for on April 3 of that year he rents the homestead to Leendert van de Hoeven from Benschop . He himself keeps the house , the kitchen, the stables for carriages and horses.

Only we still know that located outside the orchard, which also belonged to "'t Huis te Rosendaal" , was owned in 1760 to a certain Dammis Drost. It is possible that Dammis Drost also took over the homestead .

Anyway Dupper only comes up much later. Only that there is a Dupper who appears on a gable of the house, brings us into trouble. A plaque , in this case a " first stone " indicates a new building. But this is not supported by any document. Only in 1872 we hear of a Adriaan Dupper , who owns the farm. 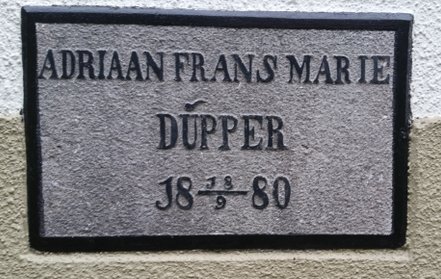 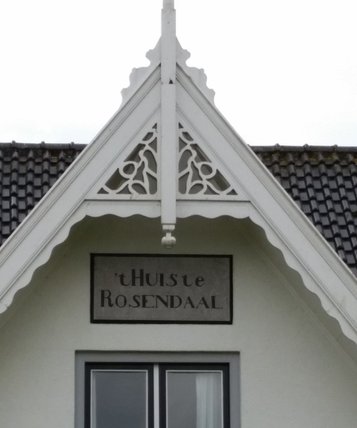